You are here: Home › Uncategorized › Nothing Is As It Appears…and Happy New Year 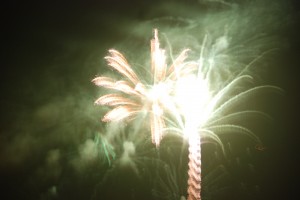 “Nothing is at it appears.”  I heard this quote on NPR recently–it was credited to Terry Tempest Williams. In doing a Google search to more precisely pinpoint it, I find that many others are also credited with it, or with a very close paraphrase of it–enough to convince me that a lot of people have had the same thought and have been quoted for stating it. And isn’t it, after all, just another way of saying, “the way it seems is not always the way it is”? Now, more than ever, I pray that these words are true, because the way things are appearing to be in this country, as of the end of 2012/beginning of 2013, are not good at all.

Christmas 2012 and New Year’s 2013 for me were subdued. I think they were for many, and for those twenty-six families in Connecticut who have had huge, gaping, un-fillable holes ripped in them, “subdued” would be an epic understatement. How could things seem “merry” after the carnage that took place in an elementary school not even two weeks before Christmas?

More than ever, it seems that I have woken up to find myself on an alien planet–or maybe I’m the alien here. As much as the massacre of twenty children and six adults has saddened me to the core, I am made even sadder–is that possible?–by what seems to be a prevailing mentality among us Americans that we need guns to live–even when we repeatedly see how guns, and their easy availability to all, are exactly what are killing us. Otherwise sane people, some of whom I am shocked to personally know,  think they need to have a gun or two or three–or a houseful–in order to feel “safe.”  That in itself is sad–not just for what it says about the fear factor, but also because it’s what is perpetuating the entire problem. Got a gun problem? Get more guns! At least that’s the NRA’s deluded stubborn stance.

Today is the first day of a new year, January 1, 2013.  Already, and without looking for it, I’ve heard of eleven who were shot in Chicago last night and four who were shot in San Francisco–and those in San Francisco took place in the exact two locations where I’d been just forty-eight hours before.  I know, I know–the pro-gunners will say that’s why we all need to carry guns–“to protect” ourselves, as if gun fights in the streets are a solution to anything, and as if when unexpectedly fired upon, a normal mortal would have the presence of mind–or the time–to find his/her gun and be able to use it for the intended “protective” purpose.

Again, I pray that the way it appears is not the way it is, but just in case it is, I’m looking for another country where the citizens are not thinking we’re living on a wild west movie set where guns are the accepted dead-end answers. In between the shootings, I wish us all a Happy New Year.