You are here: Home › Uncategorized › And Marriage for All… 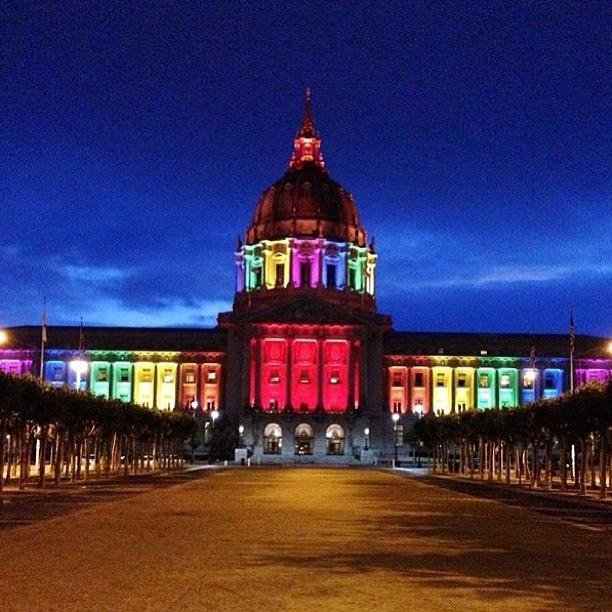 What a historic week it was–finally, the official acceptance of marriage for all–specifically for those who are gay and who have been denied this right because…well, why exactly?  It seemingly had to do with traditional Puritanical views of what marriage “should be” and “should be” about–in short, reproduction. There are those Puritans again, still breathing down our necks from 200+ years ago. Well, this week has seemingly put this issue to rest. But what I’m really left wondering is, will all of these gay marriages, again, seemingly on the brink of happening, bring the sought after happiness? I have to think of the heterosexual experience with that.

In my observation, marriage is not always all that it’s cracked up to be. And sometimes it is…but it’s risky business, and it will be interesting to see how the gay world finds it after they’ve had a chance to try it out.

When I lived in France, 20 years ago now (yikes!), it was already common practice for heterosexual couples to live together long term and have families without benefit of marriage. It seemed so progressive to the Puritanically influenced Americans, who although they had, at the time, finally accepted co-habitation of unmarried couples, couldn’t grasp the idea of having a family without marriage first. Typically, cohabiting American couples were, after a certain unspecified time, expected to either get married or break up. Seemingly, there was no long-term option for keeping the status quo. In France it worked out just fine for the unmarried to live as married without the paperwork, and in fact, most of the time no one knew who had been legally sanctioned and who hadn’t. It really didn’t matter.

What did matter, it again seemed, was that if these long-term committed, but not married, French couples–often with children–decided to get married “after all these years,” often neither the marriage nor the couple survived. It was as if the simple addition of a legal document confirming their lives together, somehow killed whatever had kept them that way for so long. Was it some kind of pressure that the weight of the signed documents placed on the relationship, new expectations that subliminally, or otherwise, crept, or maybe roared, in to upset what had seemed to be a well maintained balance of happily ever-after, or just the forced close look at of what had not been fully examined before?

I know that “legally married” brings tax benefits as well as others, some of which may only come to light if one of the married partners is in a debilitated state–everything from automatic visiting rights to control over critical decision-making and bank accounts–that have long been denied committed but not-married gay couples. I’m glad they now have the right to partake.

I wish my gay friends happiness and good luck with their hard fought battle to win the right to that which was automatically bestowed on society’s heterosexuals. I hope that they will be able to teach us that marriage can work for a resounding majority. It will take some time to know, of course, but I also hope that this now granted right-to-marry does not end up having the bottom line of filling the waiting rooms of divorce lawyers to standing room only.  There will likely be a honeymoon period for gay marriages. I hope the honeymoon goes on forever.