You are here: Home › Uncategorized › Keeping (My) Cool 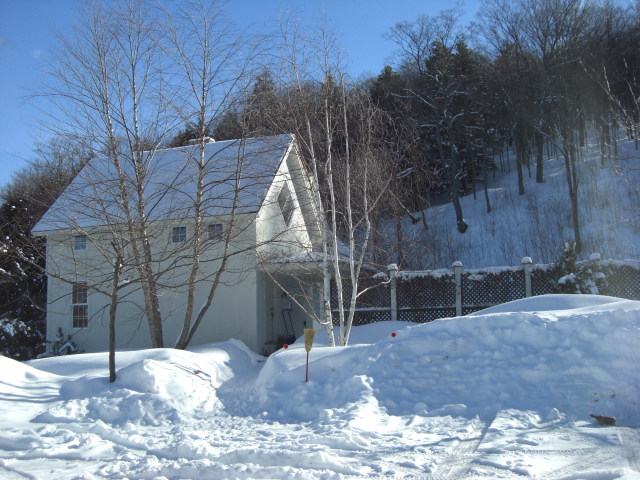 It seems the air conditioner in my Jeep has issues–but only under specific conditions. The weather must be HOT in order for the AC to cut out. Cool or just warm outside temps don’t phase it–it’s only when it gets above 85 degrees that the AC rebels. Because of where I live in Northern California, and not too too far from the coast, it’s not all that often that temperatures get all that hot, therefore I don’t notice the problem all that much.

However, in about six weeks the Jeep and I will be heading to HOT–Utah and Arizona where cool in the summer is not a reality. This is when the AC will definitely cut out, and may not return until the outside temps are back down to the low 80s max.  This problem actually surfaced two years ago–when I was in Utah, but once back in California, I didn’t have to think about it that much, so I let it go. I asked my mechanic about it last year. He’s not an AC specialist, but thought maybe just cleaning the system out might do the trick. It didn’t. I let things go again as I had no trips planned to Utah–or any other known ovens.

This year I got on things early–back in April–when we had an uncharacteristic string of HOT. Figured I needed to get things resolved sooner rather than later because of the upcoming trip when the AC will definitely be needed. I took the Jeep to a small shop that had been recommended by guy from a small car re-upholstery shop I’d gone to last year. The AC place examined the Jeep and found its 10 year-old system to definitely have a problem with a part that needed replacement–for which they’d have to send to Reno. When the part came in a couple of days later, back I went to have it installed.  Great. I drove off.

Still in the midst of that stretch of HOT, I hadn’t gone too far before the AC cut out again. Oof. The part  that had just been replaced had apparently not been what was causing the problems. Back to the shop the next time I was in town. But the problem was, the weather had turned cool and so the AC was working fine. The only HOT days we’ve had since have been on weekends–or Fridays, which is unofficially part of the weekend and the shop never has any time open. They (at the shop) claim that I have to bring it in and “leave it,” although I’ve explained to them over and over that that will not do anything, except inconvenience me, unless it’s a HOT day…and anyway, days here always start out cool–it has to get past noon before it’s ever HOT, so keeping my car for an entire day makes no sense. The man that answers the phone at the shop is very nice–but he doesn’t get it. We go round and round in these conversations to nowhere–he seems not to understand that the weather (not the engine) has to be HOT in order for the malfunction to occur.

Out of frustration, I called another shop–also small and also recommended by the same reupholstery guy. The guy at the new shop got it–or so it seemed. Yes, he knew the problem I was talking about, and yes, he had an idea of what was wrong, and no, the weather wouldn’t have to be HOT in order for him to check it out and diagnose what was wrong. I couldn’t believe my good luck. If only I’d called him sooner and not wasted so much time with trying to make the man who answers the phone at the other place understand the situation. Glory Hallelujah!! I couldn’t wait for my Tuesday appointment to arrive.

Today is Tuesday. I took the Jeep to its appointment. For the record, it was cool–very cool…maybe not even as warm as 70 degrees. But, remember, the guy at this place didn’t need HOT to diagnose. The first thing the-guy-who-understood did was to hook the Jeep up to some kind of monitor thing, then turned it and the AC on, and went on about working on another car. Thinking that this wasn’t making sense, I went to where he was working and asked–going over again,the points he’d already allegedly understood. I re-emphasized that with cool outdoor temps, even those as high as 85, there was never a problem with the AC, so I didn’t see the point of what he was now doing–running the motor and the AC–to heat the motor up. The problem is not with the system getting too hot just from running, it’s the outside temps that are the determining factor…if it’s below 85 the AC can run all day and never quit. We’d already been over this. Did he not believe what I told him last week on the phone and did he not believe me now, or did he have the same inability to understand as the phone guy at the other shop?

In the end, he had it his way and came to the same conclusion as the other shop–that I’d have to bring the Jeep back in when it was HOT outside, and the AC not functioning. What???  But he’d said….. Well, never mind what he’d said.  I don’t want to think that he lied, and I don’t think he intended to, but I think that because I am a woman and admittedly know nothing about how the innards of cars work, he had turned off his hearing at hello…and decided to do it his way even though I’d already told him it wouldn’t work. Grrrrr. So, I rearranged my day and wasted an hour at his shop for nothing–oh, and drove 25 miles each way to get to the appointment, so add another wasted hour…and had the Jeep burning gas unnecessarily for an hour on top of the gas I’d wasted just to get it there. Grrrrr again.

So, what’s the real problem here? The Jeep’s AC, or men who refuse, or are unable, to listen? It seems I need a translator…would that even help? Maybe. Maybe I need to find a man somewhere on this planet who would really understand what I was talking about and then explain it to his fellow men?  Is there such a man alive who can translate to his own kind? What I really need is a woman-run car repair shop. I had one of those back in Atlanta. So I either need an man interpreter or a woman in the car repair business. Can I find one or the other?  It seems the chances are slim, but I’m desperate and it seems I have no choice but to start looking.  Help.