You are here: Home › Uncategorized › Endangered! All Animals Everywhere! 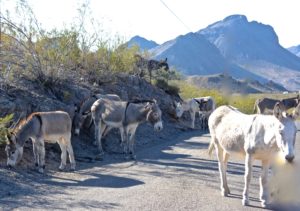 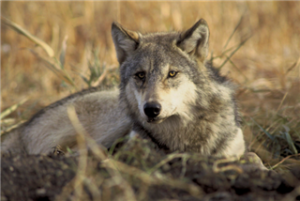 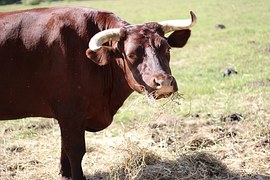 It doesn’t just seem that all animals are endangered, it’s really true. I’m starting with just a few of the species recently in the news, but believe me, it applies to all animals everywhere that man can get his grubby hands on.

Wild horses, burros, and wolves in the American West: under siege for as long as man has invaded their territories–that would be in all of recorded history. It’s not that the Americans have a corner on  this market either–the Australians, for example, are doing a fine job of destroying their native brumby (wild horse) herds, but for the purpose of this piece, I’m sticking with the American addiction to killing anything that moves–goes for people too, in case there were any doubt.

The federal government is in charge of the wild horses and burros that live on public land. They are commissioned by law to *protect* them. They don’t. The specific agency involved lies within the Department of Interior (DOI) and is called the Bureau of Federal land Management (BLM). Despite its commission to protect the wild horses, the BlM has, from its inception, set out to destroy them. This is not a secret, although not usually publicized. From the outset, the BLM has been run by cattle ranchers who seem to think that they alone are the sole owners of the land that is known as “public land” and that is owned by all of us who pay taxes here. They want, and have historically gotten, what is essentially free (they pay only a nominal fee) grazing for their cattle herds–and then they turn around and sell the majority of the meat from those herds to foreign countries. Right. And, they want the horses gone, because they say the horses are eating “their” grass and “ruining the rangeland,” when in fact it’s their cows doing all the destructive eating and rangeland ruining–lots of detail to go into here, but this piece is just an overview, so I won’t get bogged down with all of the specifics–and there are many.

Not only do the ranchers want the horses gone, but all of the Big Energy money interests that are being pumped into the West in the form of mining, fracking, oil drilling, pipelines, wind farms, and you-name-it, also want the horses gone–so they can ride roughshod over the land without stirring up wild horse and burro advocates who would object to their intrusion on these herds who have legal right to the land they are on.  This battle between money interests and the wild herds has been going on for years, just so no one thinks this is anything new.

Now to the current action by the BLM’s so-called Advisory Board, made up almost exclusively of cattlemen, of course. The sole exceptions to this membership are a woman, Ginger Kathrens, who heads up a large group that advocates for the wild horses and burros, The Cloud Foundation, and Ben Masters, known for making the documentary film Unbranded, the subject of which is mustangs.  I really don’t know how Ginger got appointed to the board–must have been tokenism. As for Ben, his film is a BLM PR piece–makes them look good and like some kind, benevolent organization that actually cares about the welfare of the mustangs. Right. Ever heard of the wolf in sheep’s clothing?

The Advisory Board met last week. One of the BLM’s biggest and self-created problems is the large number of horses the BLM has amassed in its continued round-ups of the wild herds, even though these round-ups are not needed–unless you believe the BLM’s inflated figures of existent wild horse herds. No one but the BLM has ever been able to come up with numbers anywhere near their “official” counts. Meanwhile, they now allegedly have over 44,000-50,000 wild horses rounded up and “held” in holding pens–in themselves hell holes with no shade, no shelter from winter winds and blizzards, not enough space for horses to move in the way that horses need to move. These horses should never have been rounded up in the first place. On the range they cost no one anything. In this government holding hell, they cost taxpayers at least $46,000,000–that’s $46 million–a year. Imagine what that money could do if used in a myriad of other ways.

But, here we are with around 50,000 (actual number estimates vary) wild horses being held, stagnating, in these pens. How long can this go on? In all its wisdom, the Advisory Board came up with the logical–to them–conclusion…just kill them. That’s right, kill them. They’re in our way, they’re inconveniencing us, so in the typical American way, we’ll just kill them. The vote was nearly unanimous–the one hold-out for the horses being Ginger Kathrens. Ben Masters, the documentary filmmaker who supposedly is on the side of the mustangs, is clearly not–he voted to kill them, and says in a post-vote statement that his vote was “gutsy” and that he knew people would be “mad at [him] for about a week.”  Ben’s film was obviously, to those of us in the know, a PR piece for the BLM. He has hugely underestimated the wrath of the true wild horse advocates. Ben, we will never forget your betrayal of the mustangs. Ben and the BLM are not who they want to seem to be (friends of the mustangs). What a very bad joke–and once more, it’s the wild horses who pay the very high price.

This vote by the Advisory Board is not law–at least not yet, but depending on who wins this November’s presidential and congressional elections, it could become that.  Meanwhile, the BLM continues to round-up horses when the holding pens are full and they don’t even know what they’re going to do with the current occupants. This is bad, very bad, and the wild horses and burros could well be made extinct. This is criminal in every possible way. http://worldanimalnews.com/blm-goes-off-deep-end-votes-kill-44000-horses/

As for the wolves, they actually tie into the wild horse debate because they, among others, are natural predators of the horses and when all is operating without human interference, the wolves help keep the horse  populations down. But the government–state governments this time too–also want to kill the wolves. Why? Almost solely because cattle ranchers will complain that they’ve lost a cow or two to wolves, then the government moves in and kills a whole pack of wolves as the State of Washington just did at the end of this past August. http://thefreethoughtproject.com/wolf/

So, the government(s) go(es) in and kill(s) off the wolves–and other predators, as well (coyotes, bears, mountain lions), and then complain(s) there are too many wild horses. So then they go in and wipe out entire herds of the horses–something wolves, or coyotes, or bears, or mountain lions would never do. No one in the animal kingdom is safe from man. Man is not safe from man, but that’s a whole other subject.

And also last week, the bulls in Spain made the news, but at least in a good way for the bulls. Bull fighting, that terrible game of torture cruelly inflicted on Spanish, Portuguese, and some southern French bulls too, has existed as blood-and-guts “entertainment” for those who like to watch something made to suffer and then die a terrible death. Who are these people anyway? What has stolen their compassion for other sentient beings, and why oh why are they so bloodthirsty? Some will misguidedly use the title of this blog to justify the existence of bull fighting as a “legitimate sport” by saying “but it’s not the way it seems…” and then go on with some foolish litany about “bravery,” “valor,” even “intelligence” required of the killers–matadors, in this case. Bulls..t! Sorry, but that won’t cut it here. Cruelty is cruelty, no qualifications needed when it’s physical and results in a painful death.

Anyway, the good news is that march by thousands upon thousands of bull fighting protestors in the streets of Madrid–who would have thought that even possible? I was stunned, thrilled, and beyond grateful for this show of caring and humanity toward a four-legged being–and in Spain, of all places. I can only hope and pray it has made the necessary headway to banning this audacious show of cruel machismo. http://worldanimalnews.com/breaking-madrid-spain-thousands-rally-put-end-bullfighting/

The great French writer, Michel de Montaigne (1533-1592), a man so far ahead of his time that it’s hard to imagine, was one of the earliest recorded champions for animals that I know of. Among the many things he said on the subject of man and his relationship to animals: “In our ‘divine’ presumption we consider ourselves superior to animals who are ‘our fellows and companions’. Yet it is often such ‘morally superior’ beings who show themselves to be capable of terrible cruelty.” And isn’t that the truth still today, all these centuries later? To read more about Michel de Montaigne, see Laurette Long’s post on her blog from March of this year: http://laurettelong.com/2016/03/.

And taking a lesson from Spain, what was done by those protestors in Madrid this weekend, needs to be done here in the US for the wild horses and burros–on at least as large a scale, and even larger. There are around 47 million Spaniards. There are nearly 320 million Americans. Shouldn’t we be able to stand up for our horses the way, and in the numbers, the Spaniards have stood up for their bulls? Wake up America–your wild horses are being stolen right from under your nose. Don’t just sit there, DO something!

2 Responses to "Endangered! All Animals Everywhere!"