You are here: Home › Uncategorized › Fast Track to the Afterlife? 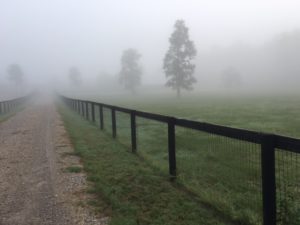 Do you believe in the afterlife? If not, the following still applies to you, so keep reading. If you do believe there is life after this one, are you looking for a shortcut to get there faster? Well, the possible good–or not-so-good?–news for you is that it seems we do have a fast track to getting there.  It’s so simple too.

Just make sure you vote and everyone you know votes for Trump in the U.S. November presidential election (is there any other election that he is running in?). With his bombastic temperament, he is as likely to be sent into a roaring rage by a tweet as by anything of major consequence–like a Chinese invasion of these United States. (Notice I didn’t say Russian or North Korean because Trump is buddies with Putin and Kim Jong-Un, and friends would never betray friends, now, would they?–especially those with such stellar track records as Putin and Kim. Did you know that ‘Kim’ is his family name and ‘Jong-Un’ is his first or given name? I digress.)

Trump is just dying to get his hands on those nuclear codes, the ultimate power weapon–and guess who will die if he does? Not just whomever he perceives as “the enemy,” but all of us–the entire planet–would more than likely be blown to smithereens within a year if he were to take office, and I doubt it would take that long. His supporters say this won’t happen because it would vaporize his family too, but I maintain, classic narcissist that he is, nothing really matters to him except his own enormous and insatiable ego. You’ve seen how he explodes over the least provocation, usually involving some well-deserved criticism of him. Can you see how he would be on the world stage? The world is trembling with terror waiting to see who wins this election, fearing it could be Trump. Can we possibly be so stupid as to put someone in charge of this world’s future who counts as one of his greatest pleasures the humiliating and “FIRING” of people? An unparalleled embarrassment for all Americans with functioning brains, to be sure, but much worse than that, a real and present danger to the continued existence of this planet.

With the biggest arsenal in the world, what better to show “his” superior strength than to unleash the biggest nuclear bomb in the stockpile and aim it directly at whomever had had the audacity to somehow offend him. “He’d show them...” except that neither “them” nor “us” would be around to notice.

Some are reassured in that Trump’s running mate, Mike Pence, has publicly said that he holds Dick Cheney as his role model for vice-president. I am not. I am horrified. Dick Cheney–architect of the war in Iraq that has gotten us nowhere, but has cost us mightily, and has made mega bucks for Cheney and for Halliburton, is no one to be held up as a role model.  So no hope that the running mate/vice-presidential candidate, in this case, would have any kind of a steadying or calming influence on the principal’s unpredictable and tempestuous nature, as some have suggested.

So, it seems it’s up to us. Do we want to hasten our arrival in the afterlife, or for those who don’t believe in that, to hasten their arrival to oblivion? If the answer is yes, you’ve got your chance–just start cramming all the living you had planned to do in your life into the next four months, and, vote Trump.