You are here: Home › Uncategorized › The Dark Is Different This Year 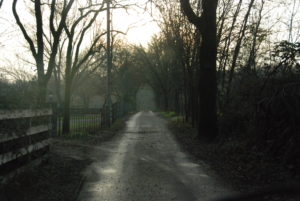 It’s been just five days short of a year, when at the end of election day, 11/8/2016,  I lapsed into the stupor that I still find myself in–the one that has kept me from being able to write blog posts, or anything else more than a Facebook comment, except for the three meager posts I managed to eke out in the past nine months that so far represent this year on this site.

It’s just that I can’t be creative or whimsical or inspired or coherent, or whatever it is that lets me write when things are normal. Nothing is normal now. The world is being upended, and the underlying, pathetic reality of it all that permeates the entire planet is the debacle that calls itself the United States Government. There is no respect and there is no honor anymore, and there hasn’t been since January 20, 2017. I’m going to resist going on and on here, because you’ve all–those who are awake and cognizant of the desecration taking place–know the horrifying facts as well as I do. No point in further preaching to the beleagured choir.

That brings me to an astonishing, to me anyway, change of heart as to how I feel about the annual fall going off of Daylight Savings Time and return to Standard Time (and I know we’re not supposed to have an ‘s’ on ‘Saving’ anymore when we refer to this twice-a-year time carnival we have created, but it has always, until recent years, had an ‘s’ and I don’t know why it has been deemed inappropriate or incorrect now–or by whom, so I, for one, will continue to call it by its old and well established name that definitely has an ‘s’ on Savings).

Anyway, it’s coming–the time change. This weekend, just one more day from today, in the middle of the night between Saturday and Sunday. I love how they try to sneak it in there so you won’t notice by having this occur as a stealth operation. Thing is, when you get up on Sunday morning, you are expected to be aware of what has taken place under the cover of night and while you were sleeping, and just go on about your business without missing a beat, or an appointment, despite the fact that your clock says one thing while your mind and its light sensors say another. I’ve always dreaded this particular Sunday in the late fall when night falls before you think it should and more than half our lives are relegated to living in the dark for the next six months. I’ve always hated the prospect of that. But, this year, it’s different.

It’s different this year because I am now craving darkness–or at least muted light. It goes along with my continued desire to crawl into somewhere dark and warm, and feel cozy and safe–far away from the mad man in power and the nut cases who put him there. I want to close the blinds, the shutters, anything that I’ve always wanted to be open before. I want to hide. Bad things are happening and worse are to come if we don’t get this government out of the hands of those who are determined to destroy it, this country, and the entire world, including us, obviously.  We the people have become powerless because our elected so-called representatives, or the majority of them it seems, are bent on not doing anything that will disrupt their gravy trains of financial backing by lobbyists who have bought them to do their bidding–always in the interests of Big Business. Congress no longer represents us, if in fact it ever did, but it represents its owners–the lobbyists. And as a normal, average person in this society, just try changing this abysmal state we are in. Unless you have billions of dollars to do your own buying of bodies and souls to represent you, you’re out of luck. I know. I’ve tried.

So, this year I am really looking forward to being able to curl up in the early onset darkness, crawl into my cocoon, hibernate there and hole up in the world that exists in my mind. It’s much easier to get there when it’s dark outside, and it’s a much better place than the world that I see every time the lights come on, or the sun comes out. I used to be a sun worshipper. Now I pray for clouds. I hope that the hibernation will be short, but fear that it won’t. When I eventually emerge, after this disaster has passed, and I hope that it will pass before it destroys us, I pray that we will have learned a lesson, despite evidence to the contrary on the lesson learning.  And yet, I also realize that the end may result in us all becoming stardust–and perhaps that’s the only way out.  I can only hope that this is only the way it seems.

6 Responses to "The Dark Is Different This Year"