You are here: Home › Uncategorized › A Beacon of Light in a Very Dark Landscape? 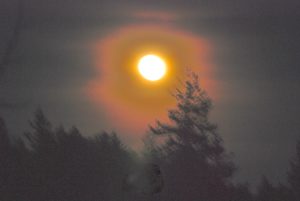 Okay, I have to admit that my comatose state has hardly improved since I first reported it back in February…what?? That was almost four months ago.  See what I mean? Time keeps slipping by and I remain catatonic at best, except for the frequent bursts of horror over the latest atrocity coming out of the White House. I keep thinking this can’t be happening–is it only the way it seems? But, no, this time the way it seems is the way it is–most unfortunately for all of us on planet Earth.  So, I’m not going to go off on this again. I mention it only to say why I haven’t posted on here in so long. I’m still deep in shock and horror.

Then there was this week. Adding to my ever increasing shock and horror, there was the Washington, DC baseball practice shooting.  I’m trying hard to look at it another way so that maybe the horror of it will turn out to be “the way it seems” as opposed to “the way it is.” Could this possibly bring about a turning point in our national policy and law making? The irony in this situation astounds.

First we have to look at who the targets were of this rampage–none other than the very members of the US House of Representatives who promote guns for all–including the mentally ill. Was there ever a clearer illustration of what this kind of thinking and the resulting legislation brings about?

Additional irony was that the shooter was reportedly a political fan of Bernie Sanders, violence of any kind not having any place in Bernie’s rhetoric or philosophy.  Heck, he’s an old hippie (I lived in Burlington, VT when he was mayor)–peace and love are the names of his game, so inspiration for this violent act did not come from Bernie. Ironically, again, violence is exactly what was alluded to and touted by Trump in his campaign rallies, including the killing of Barack Obama and Hillary Clinton ( http://www.politico.com/story/2016/08/trump-violent-rhetoric-history-226873 ).

And then the irony, more like largess on an olive branch, the Democratic House representatives invited the Republican House representatives out for dinner the night of the shooting, which was also the eve of the annual Democratic-Republican Representatives baseball game to benefit charity. Whoever thought this could happen after all the hate that’s been spewed between Republicans and Democrats over the past eight and a half years, ever since the election of Barack Obama? Good for the Democrats to have dropped the tomahawk on this occasion.

Perhaps the most ironic of all is in the story of James Scalise, the critically wounded Congressman from Louisiana whose life was saved by two Capitol Police officers assigned to protect him because of his position of House Majority Whip. The two officers, Crystal Griner and David Bailey, are professional partners. In private life, Ms Griner is married to a woman–so, obviously yes, she is a lesbian. Mr. Scalise, the man whom she is assigned to protect and whose life she helped to save last week, despite being wounded herself, is an outspoken anti-LGBT rights proponent–so, yes he’s, anti-gay and anti-gay/same sex marriage, and yet, his life was saved by a gay woman married to another gay woman. ( http://www.snopes.com/crystal-griner-steve-scalise/ ) Once recovered from his injuries, I wonder if Mr. Scalise will recognize the irony of this and do some more thinking on his positions.  It would seem the least he could do.

The universe can speak in odd ways to get a point across. It seems that several points were being made in this instance. Will anyone notice? Will this seemingly horrible, and it was that as it happened, event become the turning point on the bigger issues facing humanity? Is this the light in the very dark tunnel? We can only hope.

4 Responses to "A Beacon of Light in a Very Dark Landscape?"