You are here: Home › Uncategorized › The Loving Gaze 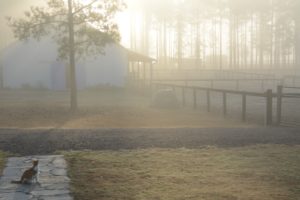 I admit it. I’ve been comatose since January 20. The U.S. Presidential inauguration still has me shaking my head in disbelief, and more to the point, horror.  After the election back in November of last year (2016), I kept thinking something would happen to prevent the inauguration of the unthinkable. It didn’t. The unthinkable happened. And it gets worse with each passing day.

I’m not going to linger on the details–it only makes things worse to attempt to list them all, but it appears that this country, instead of being made “great again,” is rapidly heading the way of George Orwell’s vision, which he laid out in his 1949 novel, 1984. It’s only been six weeks since the takeover began, and already the previously unimaginable is happening–American citizens on domestic flights are being stopped and held for not carrying “papers.”  What in the world is that about? Who among us carries “papers” when not going out of the country? ( http://reason.com/blog/2017/02/23/your-papers-please-becomes-harsh-reality  http://onemileatatime.boardingarea.com/2017/02/23/immigration-checking-ids-on-domestic-flight/ )

Yesterday the White House held an invitation only “press briefing,” barring those news organizations who have persisted in unveiling the truth of what is really happening at the hands of this administration. This is how dictatorships begin–limiting and then eventually eliminating the free press.

Back to my stated intention of not lingering on the awful details of what has landed me in this stupefied state. This morning I heard a program on NPR  (National Public Radio, which has been targeted by this newly inaugurated dictator for federal defunding, along with the elimination of the National Endowment of the Arts–and oops! there I go again with more gruesome details–sorry!) that is helping me–I think–to somehow find a different way of looking at this seeming national, about to become world-wide, disaster we are being forced to witness. The program was Krista Tippett’s On Being ( http://onbeing.org/ ), which airs on my NPR station at 6:00 a.m. on Saturday mornings–and yes, I’m always up at that hour on Saturday and every day as I have a giant horse, two donkeys and five cats who all want breakfast.

On Being “takes on the big questions of meaning”…not exactly light fare if you’re not a morning person. Thankfully, I am. Today’s program was an interview with Marilyn Nelson, an acclaimed poet, a professor emerita of English at the University of Connecticut and a chancellor of The Academy of American Poets, who at one time taught poetry and meditation to West Point cadets (what an amazing concept!).  (http://onbeing.org/programs/marilyn-nelson-communal-pondering-in-a-noisy-world/ ). Her topic was “Communal Pondering in a Noisy World.” It covered a lot of territory, but what got my attention was her talking about a friend of hers, a former monk and now meditation teacher who lives as a hermit, who says meditation does not require a certain sitting position or hands held in a certain way, but it is an attitude through which you view the world. She goes on to talk of a nun, who also lives as a hermit, whom she doesn’t know personally but whose book she’s read in which this nun talks of a kind of prayer she calls the “loving gaze.” With this, the prayer is looking at the world with that gaze: “find that gaze in yourself and to put it in the world.”  Under the present circumstances in this country, that’s a pretty tall order, but perhaps it’s the way to survive and keep some grip on sanity–and maybe, just maybe in some perhaps mystical way, to start to turn things around.

That, of course, opens up a whole other round of contemplation…how do things really work in this existence we are all in? Is there pre-destination or is there free will? I think there are both–and it is, I again think, also the belief of at least one of the major religions in this world–Hinduism. And that is, the belief in, or in the belief in the possibility of, our having pre-arranged our own lives here–by free will, but before we were incarnated into this life. Perhaps we made all the choices before we were born. To some that may seem ludicrous, to others, perfectly plausible. I go with plausible. Then, once arrived in our current lives, having pre-chosen our parents, families, friends, and situations, we go about living out what we have pre-ordained–as if actors acting out a script, but one which we have written in accordance with what we need to learn in this lifetime, as well as in accordance with those who are in our lives with us. This we carry out while feeling as if we are making decisions as we go, because our memory of existences prior to his one have been (temporarily) wiped out. All quite complicated, but again, to me, perfectly plausible. In the end, who knows how it all really works? One fact for certain is that no one knows–for certain–even if they say they do (I think I’ve made this point before in a previous blog post).

But for me now, the challenge is to look at this desperate-looking, ravaged, and looking-worse-every-day world with a loving gaze, while realizing that this most sickening situation is thanks to an American administration (government) that shows every sign that it is intent on destroying us all as well as the planet. Was this pre-ordained? Was I in agreement with this when I signed up for this life? Were we all? That’s the hardest part to believe, but perhaps I was/we were. For now, I’m going to focus on developing the loving gaze, while doing everything in my power to resist that which seems, at least, to be so terribly and appallingly wrong.

2 Responses to "The Loving Gaze"