You are here: Home › Uncategorized › A Place to Call Home 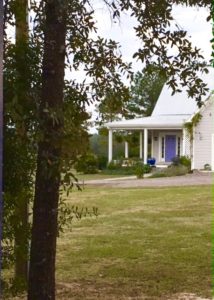 A Place to Call Home…the name of an Australian TV series that airs on PBS stations in the US, The title would seem to apply to a lot of us. It does to me, at least, and in talking with others, as well as from reading articles on the subject, I know that especially as we get older, and who doesn’t do that?, a place to call home, or perhaps “the place we call home,” becomes ever more important.

I heard it first from my seventh grade social studies/history teacher, Miss McCulley. She announced to us one day, apparently in an aside from studying New York State history, that as we got older we would more and more be drawn back to the place where we’d grown up–a return to our roots. To thirteen year-olds, most of us just starting to feel the pull of the world and looking for big adventures beyond our small town, this seemed unbelievable. Just the fact that I’ve remembered this all these years, says something about its significance to me–perhaps it had a fundamental truth in it? As I have discovered, Miss McCulley turned out to be right. Even if the pull isn’t necessarily to the exact physical place, it’s maybe to the ambiance that created the feelings we had as we were growing up. I suppose this would apply only to those of us lucky enough to have had happy childhoods, but it definitely applies to me now after all these years of wandering around the western half of the northern hemisphere.

I came across a term that applies for this looking and longing and being pulled back, again proving that Miss McCulley knew her stuff. It’s a word I’ve never heard or even seen before: “hiraeth”–I have to look up its pronunciation. Its definition is, “a homesickness for a home to which you cannot return, a home that maybe never was; the nostalgia, the yearning, the grief for the lost places of your past.” That’s it, all summed up in just a word.

Home has always been important to me–even as a little kid. I never wanted to leave home to go to school, for example, and threw fits of hysteria for the first week of each new school year from pre-school (called nursery school back then) up through the second grade–to the point that my mother had to come sit in the back of the classroom for the first few days to keep me from running out of the classroom, screaming at the top of my lungs. It didn’t help that because my family moved across the country twice, both at the start of my first grade and then second grade years, I had to start each of those grades twice, each time in a in different school. My poor mother–many days stuck in not one, but two, first and second grade classrooms. So, I established from this early age that I preferred to stay home.

I became more adventurous, of course, but not before nearly dying of homesickness the week I spent at 4-H camp when I was ten. By the time I was in high school, I did something of an about face and wanted to be sure that I at least got out of my home state of New York when I went off to college–and I was adamant about not wanting any of my high school classmates going to the same school I went to either. That school turned out to be the University of Vermont (UVM), which, although only across Lake Champlain from New York State, so not that far away, was obscure enough and small enough that it didn’t attract a lot of attention from out-of-state students, unless they were intent on skiing, or unless they were from New York City or New Jersey, both of which were well represented in UVM’s student body. Point is, for once I wanted to distance myself from home and all that was familiar, including people.

My desire to move to unknown places with all unknown people became my MO, something I repeated every time I made a move, with one exception, following that first one to Vermont as a student. Over the years, I moved from Vermont to Atlanta, from Atlanta to Mexico, the British West Indies, and France, and then back to Atlanta, and then to California, and now to South Carolina, each time arriving in a place I didn’t know and where I didn’t have a built-in set of friends–except when I moved back to Atlanta from France. There were extenuating circumstances in that move, though, as my brother was in a decline from AIDS and I moved back to the U.S. to be available to him if he needed me.

Regardless of the list of places I have lived, I have, with only a few exceptions, come up with work that allowed me to work from home–nothing has pleased me more than not having to show up at an office every day. Free lance work allowed me to appear in certain work places for short time stints (as when I taught English in French universities or when I was an artists’ rep in Atlanta and traveled around to various ad agencies and corporate headquarters), but home was my base, and I traveled out and back from it during the day.

Until now, I had never wanted to commit myself to a geographic place by buying a house–that would have gotten in the way of my being able to pick up and go when the spirit moved. But now, at last, I’m living in a house that I bought two years ago when I moved to South Carolina, and much of my time, effort, and money have gone into making it feel like home–the home I had when I was growing up. It’s not that this house has the same physical appearance inside or out as my childhood home, but I can give it the same feel with paying attention to details. It’s all about creating that feeling.

Outside, the feel comes with planting trees, flowers, and shrubs in ways that remind me of the well established but seemingly casual landscaping and gardens around my childhood Victorian style home. It was actually Victorian with nods to more modern (for the time) touches, and most importantly, it was light and airy inside, giving the feel of open space. For me, open space and lots of light are key ingredients for making a house a home.

The geographic location turns out to be secondary, because if truth be told, Vermont and California gave me the closest feelings to  western New York State where I grew up (fields, farms, orchards), so if I were counting location as primary for a place to call home, I’d be in one of those places now. Where I lived in California reminded me of Vermont without snow–and Vermont, with the snow and where I lived (the Champlain Valley), resembled New York State–no mountains in the western New York backdrop, though. I left Vermont to escape the snow and I left California to escape the drought, wild fires, and out-of-sight real estate prices. So, here I am in South Carolina–no snow, no mountains, lots of heat, and it doesn’t remind me at all of California, Vermont, or western New York, but the real estate prices are good. And, when I look out from my house’s light and airy interior and see fields, flowers, trees, and shrubs, that feeling is there, and  I know I have found home.

2 Responses to "A Place to Call Home"